A Brief History of Exercise: Part 1

Exercise as a dedicated activity has gained such a prominent place in society that it’s easy to forget how young it is relative to other facets of our lives. Remarkably it has risen from near non-existence to tremendous success in less than 60 years.  Here in a nutshell is its story.
The modern fitness movement started with a problem, namely our steadily declining level of activity as new technologies gave us unprecedented freedom from physical labor.  This decline began in the late 19th century, when the Industrial Revolution moved millions of people out of the country and off their farms into cities and factories.  The quality of life improved, but at a price.  By World War One, one third of Army draftees who showed up to fight tested as unfit.

In the 20s, debauchery came into style, and the resulting decline in health was exacerbated by poor nutrition during the Great Depression.  By the 50s, TVs, automobiles and the growth of suburbia threatened to bring daily physical activity to a near standstill.  By this time, our American bodies were not getting away with it.  During this era, diabetes and heart disease became leading causes of death.  Americans had effectively innovated themselves into the most slothful life-style ever known to man. 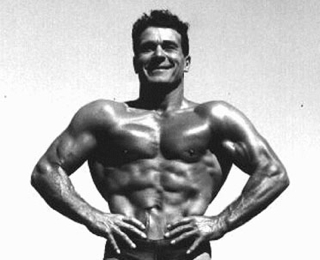 Just when the situation looked bleakest, help arrived, American style, in the form of a powerful-looking TV action figure.  This figure was not named Superman, but he could have been.  In 1951, decades before health clubs became commonplace, Jack LaLanne began teaching strength training routines for both men and women on his TV show.  Today his routines still hold up as sound and effective.  “They said I was a crackpot and a charlatan,” he is quoted as saying.  Even so, by the 80s there were more than 200 Jack LaLanne health clubs across the country.

The sixties, a decade famous for its innovative spirit, spawned the next two huge fitness crazes.  First, the Beatles made yoga and meditation cool worldwide.  Then, in 1968, Dr. Kenneth Cooper coined the word “aerobics,” ushering in 20 years dominated by aerobic dance.

The modern American fitness movement was off and running.  By 1970 three out of the five basic elements of fitness: strength, cardiovascular health, and stretching had established themselves as as exercise choices.  The two elements still missing, body alignment and coordination, had a tougher sell within a nation that valued weight loss above all other fitness outcomes.

From this point forward, the industry stumbled into a protracted search for its identity.  Was it macho or mind-body, muscle-bound or lycra-bound?  Were men supposed to dance or grunt, stretch or sweat?  Were women supposed to be slender or buff, spiritual or spa-ed up?  Were health clubs all about racquetball or recreation, family or fitness?

Lacking a sure path, the industry succumbed to trends and counter-trends.  Next week, we’ll look at the 90’s and the resurgence of aerobics in the form of step-classes followed by the popularization of yoga.