Guys at The Barre

What’s it like to be a guy who’s dating a Bar Method student, especially when she says, “Honey, can you come to a class with me?”  At this time of year some studios offer a special “Valentine’s Day Men’s class” in which guys are invited to take a class for free. A few days before February 14th this year, my boyfriend Michael got into a discussion with his dermatologist about the Bar Method and discovered how many of these men might feel when asked to take a class by their girlfriends. 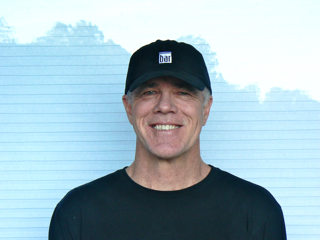 Michael grew up in the Southern California beach cities of Redondo, Newport, and Huntington Beach, so he wears a hat when outdoors to protect his skin against getting any more sun. The day of his doctor’s visit Michael was wearing his Bar Method baseball cap, which prompted the following conversation:

Doctor: “How do you know about the Bar Method?  I noticed the logo on your hat when you came in.”

Michael: “My girlfriend is the founder of the Bar Method. Have you heard of it?”

Doctor: “Yes, I have. My girlfriend is a Bar Method teacher in San Francisco, and she’s been on me for a long time to take a class.”

Michael: “Have you taken one yet?”

Doctor: “No, I haven’t. Frankly I’m a little intimidated. Have you taken a class?”

Michael: “Yes, I’ve taken about six or seven and discovered that they are pretty intense and can kick your butt. I’ve been working out 4 – 6 times a week for over 30 years and I’m in pretty good shape, but these exercises hit different muscles than I’m used to working on. At my first class Burr gave me 4 and 5 pound weights and I’m thinking to myself, this will be a snap, these weights are nothing. However, little did I know that picking up the heavier of the two weights and moving them in small one inch movements would create muscle fatigue real quick. As we pressed on, it just got harder, a lot harder and by the end of all the exercises I, quite frankly, was relieved.”

Doctor: “That’s what I’m afraid of. I can do long cross country skiing treks and am fairly fit myself, but I’m a little nervous that I won’t make it through the class or afterword I’ll hurt for days.”

Michael: “I didn’t experience hurting for days or even the next day, but I did feel like I got a pretty intense workout and it made me wonder why more guys don’t go to the Bar Method.”

Doctor: “Yeah, my girlfriend wonders why more men don’t come and why I’ve been so reluctant to try it. So I made a promise to show up this Saturday morning and take a class. I appreciate the information and hopefully I’ll make it through OK.”

Michael: “I’m sure you will do fine and you’ll make your girlfriend very happy. You may even start going on a regular basis. Although it is a totally different kind of exercise than you may be used to doing, it seems to work. In December I went to the Bar Method Holiday party at the Matrix in San Francisco, and nowhere have I ever seen so many woman that were so wonderfully fit. Usually, you can scan across a room like this and get a sense about people and about how they feel about themselves and their bodies. In this room and on this night, the display of confident, beautifully shaped bare shoulders and arms was amazing as well as their fine overall figures – truly remarkable.”

After telling me this story, Michael gave me his personal thoughts on why the idea of taking a Bar Method class can be a bit intimidating for guys. “I think having all those fit women around can make a guy feel a bit unsure,” he said, “especially if they can do the exercises better than we can.”

I asked Michael why guys wouldn’t want to come simply because of all the attractive women in the class. “There isn’t time to look, gawk at, or lay your best line on one of the other students,” he explained. “The building of each exercise upon the next leaves little room to let your mind wander for even ten seconds. If you do, before you know it you’re five beats behind and the segue to the next exercise has passed you by, and then you can look really stupid trying to catch up.”

Even so, Michael still thinks it’s too bad more guys don’t come to the Bar. “Maybe if they did,” he said, “they’d meet some of the most interesting, fit women around, and I should know.” 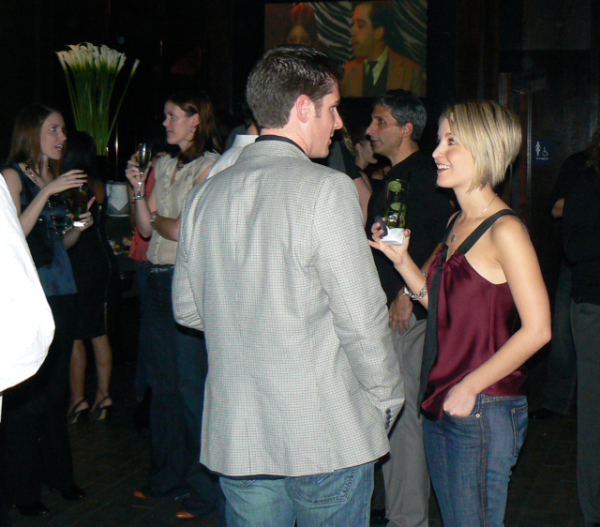