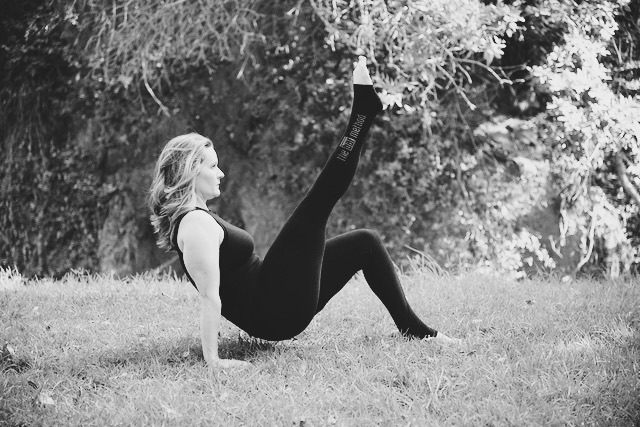 October is Domestic Violence Awareness Month and while there are many alarming statistics that point to physical abuse occurrences, domestic violence spans many other types of abuse that can sometimes be so subtle, many victims don’t recognize that they are victims.  Domestic Violence Awareness Month has been recognized since October 1987 as “a way to unite individuals and organizations working on domestic violence issues while raising awareness for those issues.” The goal is to support the victims and the survivors of domestic violence, to hold abuse perpetrators accountable, and to implement protective legislation.

I started taking Bar Method classes regularly about four years ago while I was training to run my first 10K race. I absolutely did not want to cross train because all I wanted to do was run! But after several injuries, I knew I had to incorporate more strength training into my routine. I expected to get physically stronger and hopefully salvage my hips, but what I did not expect was how significantly The Bar Method would reduce my anxiety and post-traumatic stress disorder (PTSD) symptoms that has come from being a long-time domestic violence (DV) victim-survivor.

This is my story.

The first two times I thought my mom would be killed happened before I turned five. The third time, I was only eight years old. The fourth time, I was 13. But honestly, I was always afraid growing up. The violence in my home was chronic and severe, and I spent a good portion of my childhood wondering if my mom was going to live. Fortunately, she did.

Dating violence/domestic violence started for me when I was 18 and continued at the hands of different partners until my final escape seven years ago. One boyfriend locked me in his bedroom and pushed a cookie under the door when I told him I was hungry. That same boyfriend held a beer bottle to my neck in a crowded club on my 21st birthday. My other stories are too long and complex to describe here, but I have enough terrible stories to fill a bookshelf.

In my lifetime, I’ve experienced stalking, harassment, gaslighting, coercive control, sexual assault, financial abuse, litigation abuse, and some physical abuse. I have post-traumatic stress disorder (PTSD), severe generalized anxiety and depression. My daily anxiety is so extreme and ubiquitous that I feel like I’m living in a horror movie; I’m always scared and overloaded with adrenaline.

According to the National Coalition Against Domestic Violence (NCADV), one in three women “have experienced some form of physical violence by an intimate partner.” This is an important statistic demonstrating how common domestic violence is, but it gives me pause because it perpetuates the idea that physical violence is the primary form of abuse. It bolsters the erroneous belief that a relationship is abusive only if there’s physical harm. I myself didn’t know I was being abused because my partners did not hit me. Although I was often afraid for my safety and the safety of my children, I didn’t always recognize my situations as domestic violence.

Abusers frequently rely on financial, mental, spiritual, and disability abuse, employment sabotage, birth control sabotage, coercive control, gaslighting, sexual assault, property destruction, immigration status abuse, and so on. Like me, many people who experience these non-physical forms of abuse may not recognize that they are victims of domestic violence. Moreover, a victim’s race, culture, class, gender identity, sexual identity, disability, and/or immigration status can seriously impede their ability to access the support and services they need. On top of that, victim-blaming and widespread myths about domestic violence further obscure a victim’s ability to get help.

For many victims, pregnancy provides no relief. In fact, according to UCSF Health, “Domestic violence is more common than any other health problem among women during pregnancy.” Another aspect of DV that’s critical but rarely discussed is the fact that the abuse doesn’t always end when the relationship ends. Former intimate partners often continue to stalk, harass, threaten, and sometimes murder their victims. The most dangerous time for a victim is when they leave or attempt to leave the relationship. So please stop asking, “Why did you stay?” Most victims do leave. Many cannot.

I fell in love with The Bar Method because it was the only thing that provided relief from the weight of my trauma. I opened a studio because I know that many people experience anxiety and depression, and I want to provide sanctuary to as many people as possible.

To get help, you can call the National Domestic Violence Hotline at 800.799.SAFE (7233). Please call from a safe location and use someone else’s phone if you can.

To learn more about DV, I recommend these books:

Why Does He Do That?: Inside the Minds of Angry and Controlling Men by Lundy Bancroft

A Troubled Marriage: Domestic Violence and the Legal System by Leigh Goodmark 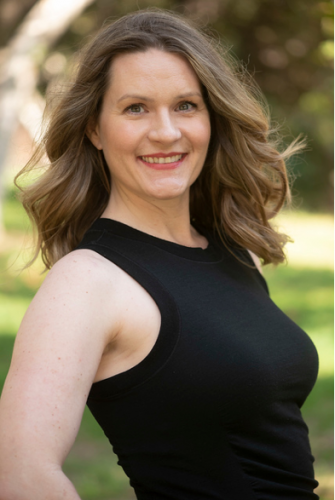 Kimberly Marx-Steele is the studio owner of The Bar Method Santa Clarita.