Exercise Choices: A Word of Caution About Running

Now that summer’s upon us, many of us are putting on our running shoes.  Running is both revered and respected and has great aerobic benefits; however, running also has a considerable downside when it comes to wear and tear on the body and runners should take steps to guard themselves against its hazards.
Since the late 60s when Dr. Kenneth Cooper discovered that running produces a beneficial “training effect” – mainly it strengthens runners’ hearts — the popularity of the sport has exploded.  In 2003 almost 22 million Americans ran or jogged at least 6 days during the year.   Unfortunately once running and jogging became fashionable, more training effects turned up, these ones not so beneficial.  There are many positive results to be had from running.   I’d like also to list its considerable downsides:

– Impact on your joints: When you run, every step you take sends 1 ½ to 5 times your body weight into your joints.  This is why almost half of runners or joggers are injured due to their sport every year.  Knees are the most likely body part to suffer, followed by feet, hips, legs and lower backs.   Ligaments and tendons can also fray from overuse.

– Impact on your heart:   In 2001 Arthur Siegel, M.D. reported in The American Journal of Cardiology that marathon running “can…increase the risk for acute cardiac events.”  He and other researchers studied the hearts of marathoners who’d just run 26 miles and found irregularities that could lead to a heart attack.  This and other similar studies have generated debate among serious runners.  Even so, as august a group as the American Running Association took the findings seriously.   Running that is “coupled with poor or improper training,” said the Association’s president Charles Schulman, M.D., “could lead to consequences much more serious than just the usual running injury.”  Some studies have also pointed to an increased risk of cancer from unstable molecules known as free-radicals, which the intense, high-impact aerobic exercise tends to generate.  The causal link between aerobics and cancer, though, has not been proved.

– Impact on your skin: All high-impact/high-repetition exercise jars your skin and cause it to sag before its time.   This plus the damaging effect of the sun causes runners’ skin wrinkle, and worse.  Jogging eventually causes premature degeneration of the elastin in your skin as well as loss of subcutaneous fat in your face, giving you a haggard appearance.  What’s more, the November of 2006 Dermatology News reported that the skin of runners ran a higher than average risk of having moles, lesions and melanoma.  The skin in runners’ arms, legs and rears also gets pounded down over time, one reason not to jog if you’re going for a perkier backside.

– Impact on your strength and flexibility: In the mid-80s I took to running twice around a body of water in New York City’s Central Park called The Reservoir. After a few invigorating months of making this three-mile trek, I dropped into one of the many ballet studios on at city’s Upper West Side.  To my dismay, I found that my legs felt like led when I tried to lift them.  They seemed to have lost their ability to separate from one another.  I quickly made my choice and gave up running.  Un-airconditioned dance studios got me sweating enough anyway.  One reason my cross-training effort failed is that running and other purely aerobic activities reduce the portion of strength-type fibers in your muscles. Runners get great endurance, but they often lose power.  The other reason for my loss of grace, of course, is that running tightens your muscles, especially those around your hips. 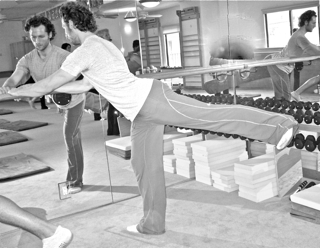 Nowadays most runners add strengthening and stretching to their exercise programs.  Still the idea of dedicating yourself to an exercise form that requires you to constantly correct the imbalances it inflicts on your body makes little since if you’re just doing it for the exercise alone.   On a cellular level, research studies have found that high-stress aerobic exercise reduces your body’s ability to synthesize protein.  Running, therefore is limited in how much it can spike up your level of fitness beyond a certain level of intensity.  As reverential as runners are about the virtues of their sport, are they – are all of us — really bred to be long-distance runners in the first place?

Our human ancestors probably used their newly evolved running skills to stalk their prey until they could sprint in at the last moment for the kill.  We certainly didn’t acquire our fleet-footedness to flee predators, most of whom could easily have run us down.   More probably our bodies adapted themselves to execute lightening-quick joint efforts that are remarkably similar to those we love to re-enact today in games like football, basketball and soccer.

Even with these facts before them, most serious runners will find the sport and all its glories worth the risks.  If, however, you’re running not because you love it but to lose five pounds before a wedding, I strongly urge you consider other, less problematic, exercise options. 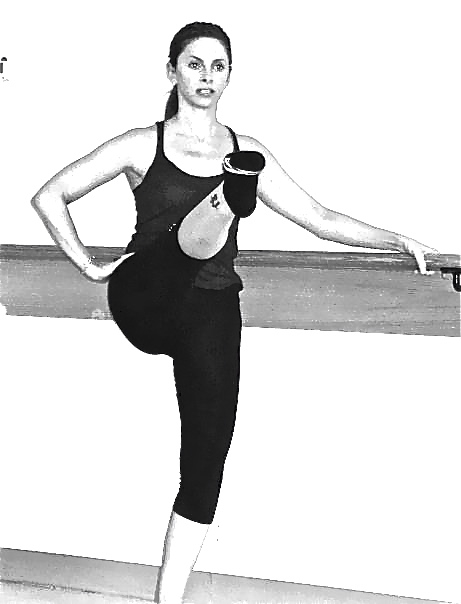